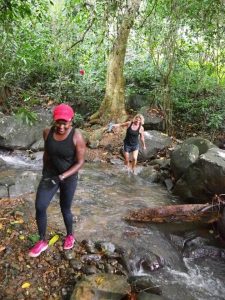 Hash #957 was held at the Providence Junction in St, David’s and two lovely  trails were set though this lush jungle terrain by our Hash Mistress Commando, Girl Guide and Saber Tooth.

The rain the previous evening and that morning ensured that all hashers shoes and a few rear ends were covered in mud. Both trails were at least 90% bush and the runners trail had 4 river crossings through the lovely clear waters – which you needed just to give your hands a quick wash after scrambling and sliding up and down the slippery mud slopes.

Commando already in the Christmas spirit had a beer/water stop halfway through the hash  – Thanks Annie – that was a pleasant surprise for all the hashers! 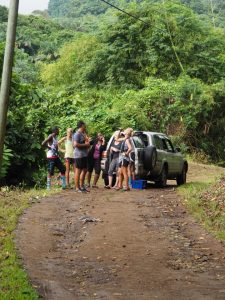 We had a few visiting hashers from the UK and they said they enjoyed the GH3 hash so much that they will be coming back for our 1000th hash next year.

DJ Garvin provided the music and luckily the rain held off for the rest of the day and evening, so hashers could enjoy their food, drinks and lime. 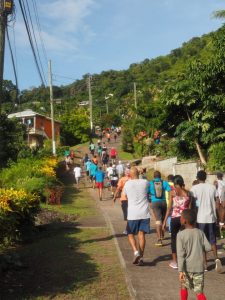 Hash #956 was held at Cool Breeze Bar, St George – next to the National Stadium and was changed from what was going to be a night hash to  regular 3:30pm hash due to a challenging trail.

The hares Bling Ting, Rear Entry, Wrong Erection and the rest of the “Bling Crew” made sure we had some wonderful views on both he runner and walkers trails.

I think the hares stood at the location, looked around them at all the hills and mountains – found the absolute highest point they could and said – perfect – we will hash up there! 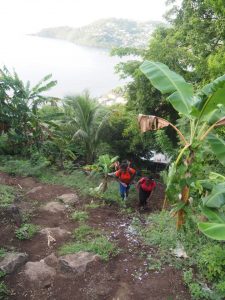 So we hashed up the great uphill trail to the highest point (with wonderful views) and when we got back down to sea-level – the trail made a left turn and we hashed right on up another great hill!

Lovely bush trails, with shade which was needed as the day was really humid and hot after the mornings rain.  Good music, food, drinks and dozens of sweaty muddy hashers are all the ingredients required for a great after hash lime.

Thanks Bling Ting and Crew for a wonderful hash & lime! 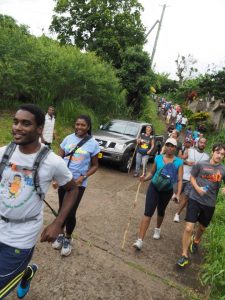 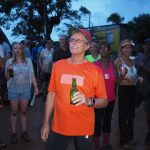 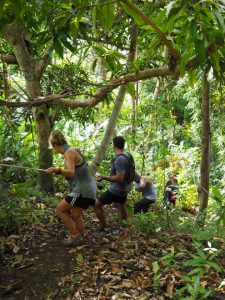 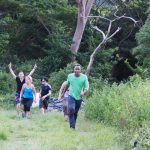