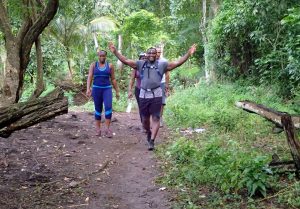 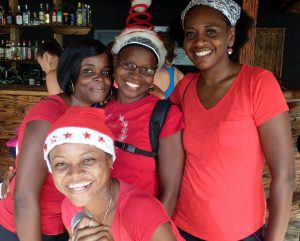 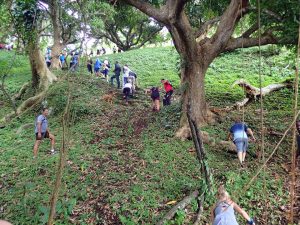 Hash #960 was held  at the Deslyn Lewis’ Residence, Montreuil, St. Patrick near Mt Rich  clean fresh country air and spectacular hills, bush and rivers. The hare for the hash was Crisis who lived up to his hash name for the runners trail!

Crisis set two trails, a walkers and runners with a bit of a muddy slope for everyone to climb at the beginning – the recent deluge of rain the previous few days did add to the excess of muddy ground.

The runners trail took you up to the top of a ridge and then a rope climb/sllde down the slope to the clean clear river from the Glenec spring. The Silkwood tree that the rope was attached to had a trunk the size of a small house (a few hundred years old). 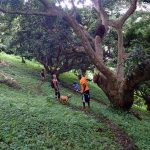 Smiley was welcomed back to the hash with a few Caribs – one at the start of the hash for bright orange new shoes and another after the hash for being away for so long!

A good variety of food was provided at the end of the hash, along with music & beers! Thanks Crisis for a lovely trail! 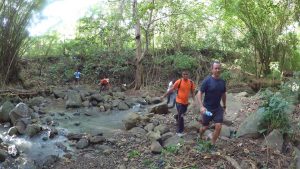 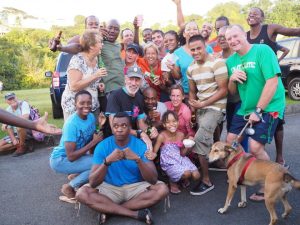 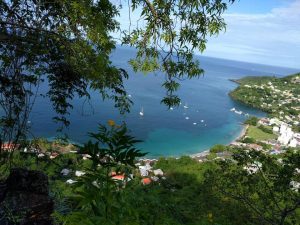 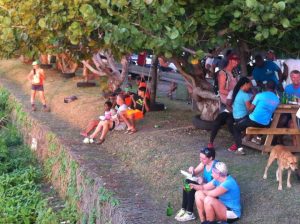