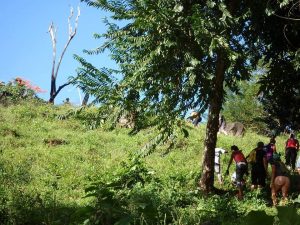 Hash #970 was held on 4th March 2017 at Dean’s Horizon, Palmiste, St. John. The hares for the hash Respect De Banana and Girl Guide managed to set two lovely trails with lots of bush. There were a couple of moans that the trail was a little short but it seems that all the runners missed the 3rd Run/Walk split and so left out an extra loop.

Deans Horizon being right on the coast lures most hashers into the sea for a cool down swim after a hot run/walk. Our Hash Master Grab De Pussy took a day off hashing to celebrate his brothers 50th birthday, so our old Hash Mistress “Commando” took the reigns for the day. A few new shoes were christened including Jahwise’s extra large shoe which SS Useless determined needed 3 Carib’s to fill it for the christening. 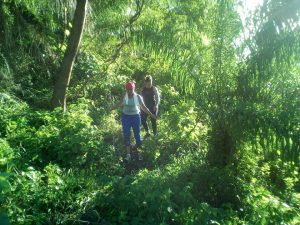