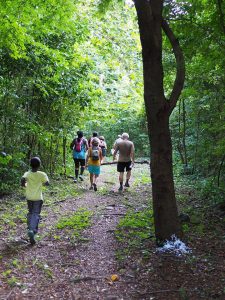 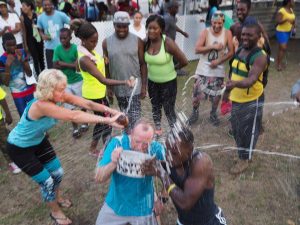 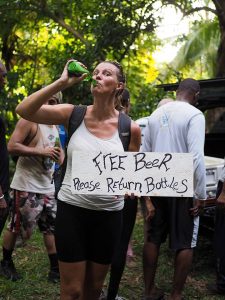 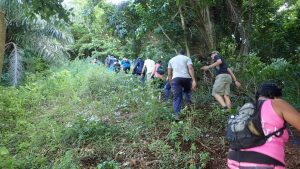 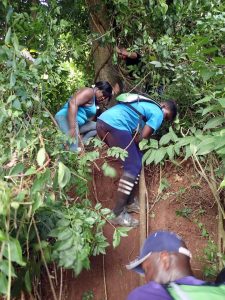 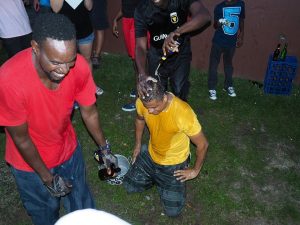 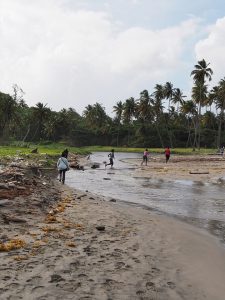 Hashmaster’s Report: Hash #995
Attendance: 139
Amazing. Positively amazing. I think “Crisis” found the only place in Grenada where you could run, walk, crawl, whatever for over an hour and encounter not one hill. Yup this was one “flat” hash. Really magnificent views (especially along the beach), but no hills. Not one. Ok, ok, there were a few small inclines, but nothing serious. Almost felt like we were hashing in Barbados. Ok, I’ve never hashed in Barbados, but I imagine this is what it would have felt like, seeing that Barbados has no real hills. Excellent job, “Crisis” and “crew” (the “crew” here being Ken Page, who lent a hand setting the trail). 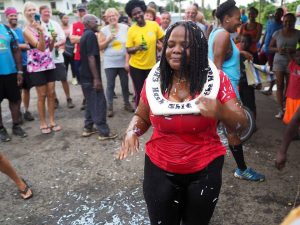 Anyway, “New Vagina” (Mona Bruno) is going to be leaving us for a while, as she’s off to China this week to further her education, so of course we had to send her off hash-style and all. But what to do, what to do? Then “Crisis” showed me this big bag of shredded paper that was left over from setting the hash, and suddenly it all came pretty clear Hopefully “New Vagina” will be able to get all of that paper out of her hair before it’s time to travel…!
Best of luck in China ‘New Vagina”!

Next week we’re in Vincennes..
On-on! 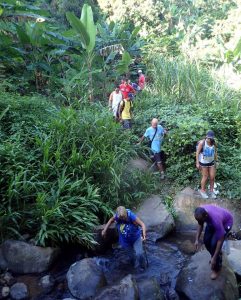 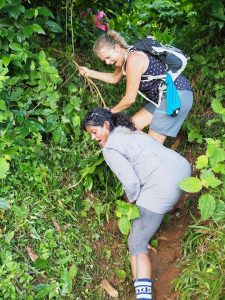 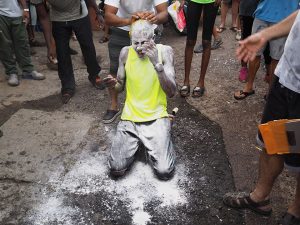