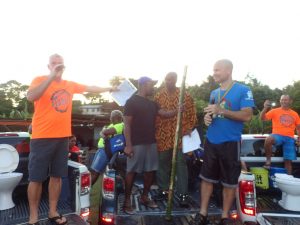 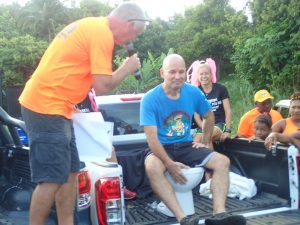 On 18th May 2019 Grenada hash House Harriers welcomed their new hash master John “Stay Free” Adams, who took over during the Big Bamboo Ceremony from Brian “Grab De Pussy” Steele. “Stay Free” announced that is new Hash Ass would be none other than Curlon “Jackass” Dra. Grab De Pussy led our kennel for over two years and gladly passed over the Bamboo to Stay Free in fine hash style which involved a couple of thrones (toilets) filled with ice! 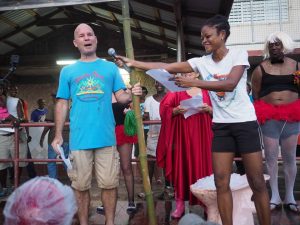 Commando led our kennel well for the last two years and we now await fine things from our new hash master! Not only was  Brian given the responsibility of Hash Master, he was given a lovely new hash name to add to his existing collection “Hash Flash” and “Bush Blackberry” – he will now be known as “Grab De Pussy” and he will surely wear his name with pride while he leads our kennel. 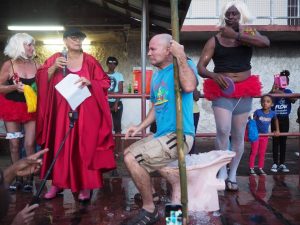 Cereal Killer hosted a fantastic Big Bamboo Ceremony for the change-over from Hash Mistress to Hash Master and had support from her fine Pom Pom Girls; Cradle Snatcher & SS Useless to assist and keep Commando and Grab De Pussy under control during the Ceremony.

We wish Brian “Grab De Pussy” Steele all the best for the upcoming year. 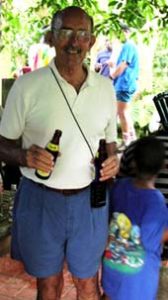 Beloved husband, father, brother, uncle, friend, coach and mentor to many, Paul Slinger, died on Friday, October 21st, 2016 surrounded by family at his home “The Tower” in St Paul’s after a long illness. He was 82.

Paul was born on October 25th, 1933 to Dr. Leonard A. P. and A. Vera Slinger. Paul’s family were from Victoria in the parish of St. Mark’s. His early childhood was spent in St.Lucia where his father served as Surgeon at the Victoria Hospital in Castries. During his boyhood and adolescence he attended Brighton College in England where his infectious love of sports earned him many an award in swimming and rugby. Over the course of the past 40 years, Paul introduced into Grenada the Carenage-to-Grand Anse Cross-Harbour swim race, the Hash House Harriers, and the Grenada Triathlon. 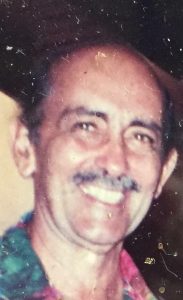 As a young man, Paul served as an officer in the British Guiana Volunteer Force, and then worked as a senior executive of American Life throughout Caribbean before returning to his beloved island home to raise his family. He served in the Grenadian government and his profound love and passion for Grenada combined with his unfailingly hospitable and gentle manner as the Minister of Tourism earned him much praise and affection from everyone he encountered. To Paul, there was no place on earth like Grenada.

In 2010, Paul was awarded the Order of the British Empire OBE by Her Majesty the Queen. He is survived by his beloved wife Victoria, his younger brother and sister, Nigel and Sonya, his three daughters Isabelle, Anne-Marie and Sarah, their mother, Mary-Ann, and his grandchildren, Nerine, Laya and Max. He will be sorely missed by all his family and friends.