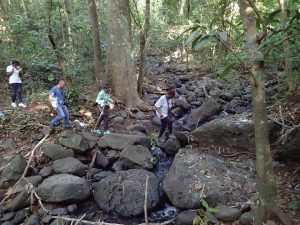 Hash #963 was held at Eve’s Cove, Woodford, St John and was our new Hash Master “Grab De Pussy” first hash that he was officially presiding over.

The hares Rosanne & Kimon set 3 great trails as always and they even had to do modifications to the trails the day before as there was supposed to be a swimming section on the extreme runners trail which was removed due to big waves.

There was a runners, long walkers and a short walkers trail, all of which had a good mix of uphill, downhill, bush and road. The runners trail  had a little beach section and some really slippery steep slopes for an extra challenge. 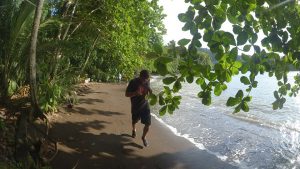 There was a fair amount of virgins to be christened after the hash and a few punishments. Reg was punished via Dotty Potty for wearing his hash T-shirt inside out and when he foolishly put it back on it was inside out again – so he received a double punishment.

AC/DC took great delight in handing out a hash name “Gag Reflex”  to a new hasher (Laura) that happened to say the wrong thing to him during the hash. When coming to a steep downhill section of the trail, she said go ahead and pass me, “I’m really bad at going down”. 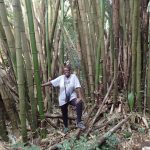 Thanks “Grab De Pussy” and the hares for another wonderful hash & after hash lime.